Tomasz Tabako’s research centers on the general theme of rhetoric and social change, with emphasis on various forms of state-sponsored distorted communication and, especially, numerous modes of resistance, including social movements. One aspect of this research orientation is the topic of violence through language, such as propaganda and newspeak; a complementary aspect is the topic of resistance through language, such as literary dissent and public protest. Of special interest to Tomasz is the role and function of metaphor and other tropes in framing political discourse. In the region he is originally from, Eastern Europe, a special kind of sensibility toward communication opportunities and communication distortions has developed over time, one with lessons in authoritarianism. It is in this context that, as an observer equipped with an outsider’s perspective, he is experienced in listening even more carefully to various types of language in post-9/11 America.

Prof. Tabako has taught a variety of courses, including Contemporary Rhetorical Theory and Criticism; Seminar on Metaphor; Argumentation; Persuasion in Society; Political Communication; and The Rhetoric of Protest.

Tabako is the editor of 2B: A Journal of Ideas and has contributed to various other periodicals and magazines, including Chicago Review andGazeta Wyborcza. A former journalist, he is the author of Strajk ’88 [Strike ’88], a study of the rhetorical and political history of worker leaders from the pro-democracy underground Solidarity movement and the sit-ins they organized in Poland in 1988. His other books include 7 volumes of documentary studies of Poland’s Solidarity.

Tabako is at work on a book, Tropes in Action, presents a tropological theory of social movements that explores how the rhetoric of a movement tends to develop over time. In this work, he suggests that a movement’s “formation-fragmentation” biography can be read as a chronicle of the movement of rhetorical tropes, which perceptually “edit” the movement’s accounts of reality in a sequential way, from metaphor through metonymy and synecdoche to irony.

Editor of 2B: A Journal of Ideas. 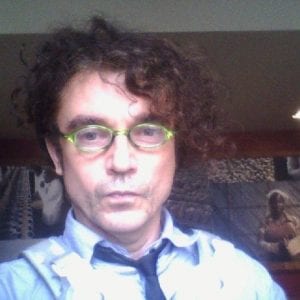