Religion and Ethics, History of Christianity

Recipient, 2002 Board of Regents Teaching Excellence Award
Recipient of the 2004 Excellence in Teaching Award from the American Academy of Religion
Recipient, 2016 Award for National Leadership in Student Success

Administrative Work:
Timothy Renick is Vice President for Enrollment Management and Student Success, Vice Provost, and Professor of Religious Studies at Georgia State University. He has served as Chair of the Department of Religious Studies and Director of the Honors Program. Since 2008, he has directed the student success and enrollment efforts of the university, overseeing among the fastest improving graduation rates in the nation and the elimination of all achievement gaps based on students' race, ethnicity or income level. Dr. Renick has testified on strategies for helping university students succeed before the U.S. Senate and has twice been invited to speak at the White House. His work has been covered by the New York Times, the Wall Street Journal, and CNN and cited by President Obama. He was named one of 2016’s Most Innovative People in Higher Education by Washington Monthly and was the recipient of the 2015-16 Award for National Leadership in Student Success Innovation. He currently is principal investigator for a $9 million U.S. Department of Education grant to study the impact of proactive, predictive-analytics-based advisement on ten-thousand low-income and first-generation students nationally. A summa cum laude graduate of Dartmouth College, Dr. Renick holds his M.A. and Ph.D. in Religion from Princeton University. 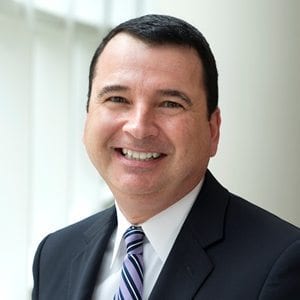