Anderson worked as gallery assistant at the Nancy Hoffman Gallery in New York City (1978) and the Contemporary Museum in Cincinnati, Ohio (1979). During this time, he worked with such notable artists as Robert Mapplethorpe, Philip Pearlstein, Joan Snyder, Christo and Wayne Thiebauld.

In 1980, Anderson was hired as one of the original 7 graphic designers for the groundbreaking 24-hour cable news network, CNN. He moved to NBC News in New York City in 1983 and worked on the Nightly News with Tom Brokaw, The Today Show and Sunrise with Connie Chung. After only a year at NBC, he was recruited by CNN to return to Atlanta to accept the position as Assistant Art Director for CNN2 (Headline News) where he stayed until 1987.

It was during his return tenure at CNN Headline News that Anderson also began teaching in a part time capacity at Georgia State University (Foundations.) In the fall of 1987, he joined Georgia State University fulltime as Assistant Professor in Graphic Design where he remained until 1991. During his time spent in academia from (1987-1991) he also worked as a concept sketch designer (freelance) for numerous prestigious theatrical studios in Los Angles, New York City and Atlanta.

His professional design work includes numerous theatrical, Broadway and television concept designs. Anderson served as concept sketch artist and designer for Twentieth Century Fox Films (1990-1992), New Line Cinema (1995), TNT (1992-1995), GEM (Grey Media and Entertainment NYC (1990-1994), Poetic Justice Studio, LA (1992-1993), Aspect Ration Studio, LA (1992). He has been responsible for designing over 50+ theatrical release posters, Broadway shows, network and cable television films including ABC Hallmark Hall of Fame. His collateral print, storyboards, and original concept sketches for such films including "Edward Scissorhands", " The Deep", "For the Boys", "Batman: The Return", "Soapdish", "Memoirs of an Invisible Man", " This is my Life", " My Life in the Theatre", " Cool World", " Singles", "Kissinger and Nixon", " Meeting Venus", "Andersonville" and countless other cinematic visuals are a witness to his passion for design and creativity. Anderson has over 90 theatrical designs to his credit.

In 1991 Anderson returned to CNN Headline News to become Director of Broadcast Design, where he remained until the relaunch of CNN Headline News in August 2001. This position was to oversee and manage a creative staff of 20 artists including internship programs, recruiting, annual budgets, and overseeing all on-air production and set design for new studio sets. He was also in charge of art direction & graphics for CNN Airport Network, CNN Newsource, McDTV, CheckOut Channel, Better Health Network, Cafe USA, University & College Network.

In 2001, Stan returned to teaching fulltime at Georgia State University as Associate Professor, where he has served numerous years as Coordinator of the Graphic Design department. Stan is currently the Director of Graduate Studies within the Ernest G. Welch School of Art & Design. He has received numerous media design awards from the Broadcast Designers Association (BDA) and an Emmy from The National Academy of Arts and Sciences (NATAS). He has also served on the Awards Committee and Education Committee for the BDA/Promax as well as being invited to serve as a judge for numerous Blue Ribbon Committees for the National Academy of Arts & Sciences, Daytime Emmy awards.

Stan is the recent recipient of the 2011-2012 Outstanding Teaching Award given by the College of Arts & Sciences that celebrates outstanding teaching achievements in academia. Currently he is the only faculty member within the Welch School of Art & Design to receive this prestigious honor.

Anderson continues to maintain a painting studio that allows him to participate in numerous national and international art exhibitions and galleries. 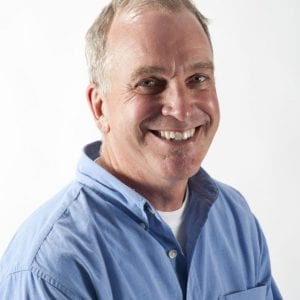