Rosen comes to Georgia State University from the University of Kansas, where she served most recently as the interim provost and executive vice chancellor, and previously as senior vice provost of academic affairs. At Kansas, she provided key leadership in areas including undergraduate curriculum reform, undergraduate support services, graduate education, academic program review, strategic planning and implementation, promoting growth of impactful research, and campus-wide diversity and inclusion efforts.

Rosen earned her bachelor’s and master’s degrees from the University of North Carolina at Chapel Hill. She holds a Ph.D. in linguistics and cognitive science from Brandeis University.

Her primary research is in theoretical syntax, focusing on the clausal functional architecture and its contribution to argument and event interpretation. Her most recent work has been on the inflectional agreement patterns in Blackfoot (a Plains Algonquin language spoken in northern Montana and southern Alberta) and on the structure of the Blackfoot verb phrase and noun phrase. 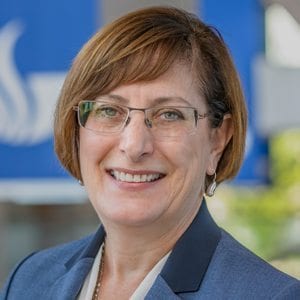