Randy Miller worked for 21 years on the mass communications faculty at the University of South Florida before joining the Georgia State faculty in 2010, where he serves as Lecturer in Communication and one of the anchoring faculty in the journalism writing and reporting sequences.

Dr. Miller was named Educator of the Year by the Newspaper Division of AEJMC in 2005 and earned a national grant to conduct an American Society of Newspaper Editors High School Journalism Institute at USF, where he earned a competitive Teaching Incentive Program award for outstanding teaching and was chosen for a President’s Outstanding Faculty Award. He is an associate professor emeritus at USF.

The Florida Scholastic Press Association has awarded Miller a Gold Medallion for his work with the organization.

Prof. Miller’s research has focused on sports journalism, literary journalism and agenda-setting and has been published in Journalism & Mass Communication Quarterly, Newspaper Research Journal and the Journal of Public Relations Research and has been presented at national and international conferences. He is co-author of Modern Media Writing, a reporting textbook.

Dr. Miller has worked as a sports writer, columnist and copy editor at several newspapers, including the Waco Tribune-Herald, Tampa Tribune and Newsday, where he was an ASNE Fellow. He was active in the Mid-Florida chapter of the Society of Professional Journalists and AEJMC. He is a published short story writer, sports trivia addict, jazz fan and flails at golf balls upon occasion. 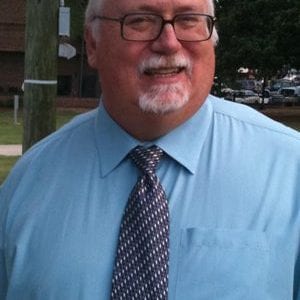