In his teaching of courses in Victorian literature and literary theory, Dr. Schmidt observes the way nineteenth-century British literature continues to evoke a plurality of reaction among its readers. The advent of cultural criticism and gender studies has enlivened debate about the function of literature and the purposes of literary criticism. Dr. Schmidt seeks to balance an appreciation of textual integrity with a willingness to entertain the possibility that the texts themselves invite readers to see them as artifacts whose purpose and value are constantly in question. One way in which the study of literature can continue to demonstrate its value and currency is to show the way in which literary works, while performing struggles between competing discourses from the past, demonstrate a similarity to present day conflicts.

His interest in competing discourses led Dr. Schmidt to his present project, a book-length study of the problem of Protestant-Catholic friction in nineteenth-century England as seen in the imbroglio between Charles Kingsley and John Henry Newman. The book, No-Popery: Catholic- Protestant Conflict in the Newman-Kingsley Debate, is nearing its final stages.

Dr. Schmidt’s recent work in popular culture attempts to provide a useful distinction between pop art and high art, or at least to observe places, such as the films of Tarantino, where two come together. He is doubtful of the final tenableness of such a distinction but finds the effort to establish a meaningful one still important.

Dr. Schmidt serves as editor for Studies in the Literary Imagination. 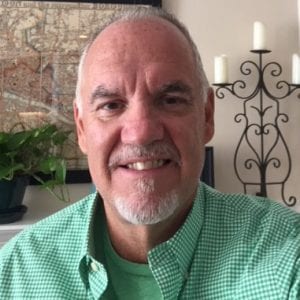