The focus of research in this laboratory is on understanding function of membrane transport proteins. Transport of nutrients into or toxic substances out of the cell is integral to life, and is carried out by dedicated proteins located in the cell membrane. Most transport processes require input of energy - either in the form of ATP or membrane potential. When ATP is the source of energy, transport also requires the function of a dedicated ATPase. Four major classes of transport ATPases are known: F, A, P, and ABC. The molecular mechanisms of transport ATPases are poorly understood. It is not known how the energy is transduced to carry out transport, or what determines the polarity of transport. An intriguing question also concerns the substrate specificty of the transport proteins.

Most transporters are able to carry out transport of only one or a set of related substrates. Recently, a class of transporters called multidrug resistance (MDR) proteins that can recognize a variety of structurally unrelated substrates, has been discovered in both prokaryotic and eukaryotic cells. An MDR protein, called P-glycoprotein (Pgp), brings about efflux of anticancer drugs from cancer cells resulting in resistance, which can be a major clinical problem. What allows these proteins to recognize several substrates, and how did these proteins evolve? We are analyzing one transporter (DrrAB) from bacteria that might be evolutionarily very close to the ancestral form of the MDR protein found in cancer cells. This system confers resistance to an anticancer drug doxorubicin in Streptomyces peucetius.

Streptomyces is also the producer organism for this antibiotic. It has been hypothesized that resistance in this organism to its own antibiotic is the result of an efflux mechanism similar to the one employed by Pgp. Pgp and DrrAB show homology at the level of the amino acid sequence; both ATPases belong to the ABC family of transporters. Hence, structure/function analysis and analysis of the drug binding sites in DrrAB will help elucidate how Pgp functions and how it might have evolved. A second project investigates the mechanism of function of an anion transport protein (A-type ATPase) from E. coli. Efflux of arsenite and antimonite by this ATPase (ArsATPase) results in resistance to these toxic oxyanions in E. coli. Focus of this project is on understanding the biochemical mechanism of catalysis by the ATPase and how energy is transduced to allow opening and closing of the channel. To address questions related to interaction between subunits of the transporter, a variety of molecular and genetic techniques, including mutagenesis, suppressor analysis, and complementation are being used. 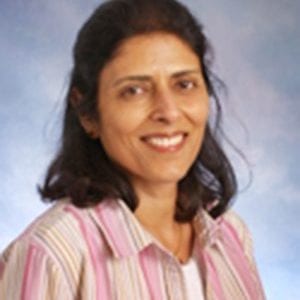