Her ongoing archaeological project examines the aftermath of state collapse and how local communities are affected by and respond to political upheaval. She has directed a series of excavations at a site in the Moquegua Valley in southern Peru that was first established circa AD 1000 as the Tiwanaku state disintegrated. Her doctoral work examined funerary practices to understand how community members renegotiated identity and define themselves as groups and individuals as the overarching political entity fragmented. In more recent excavation seasons, she has focused on domestic contexts to investigate the impact of state collapse on household economies, craft production, subsistence practices, community organization and long distance networks of trade and exchange.

Supported by NSF funding, the next stage of the project is investigating the end of this community. Around AD 1250, Tiwanaku materials and practices disappear from the site and from the region more broadly. Dr. Sharratt and team members are examining the social processes that resulted in the drastic disappearance of Tiwanaku affiliated communities after several centuries of cultural continuity and resilience.

Undergraduate and graduate students have been critical members of all the excavation teams working with Dr. Sharratt. Field schools at the site have offered training to numerous undergraduates and data from the research has been used in several thesis projects by both US and Peruvian students. She looks forward to continuing to provide field and laboratory opportunities to students.

In her research Dr. Sharratt incorporates p-XRF (portable X-ray florescence) and LA-ICP-MS (laser ablation inductively coupled plasma mass spectrometry) analyses of archaeological materials. As part of a Field Museum team, she has conducted a series of geo-archaeological projects that sourced and compositionally characterized clays from several regions of the Andes, and conducted ethno-archaeological research with contemporary potters.

Dr. Sharratt has worked extensively with museums in the US and in Latin America. In her archaeological project she collaborates closely with the Contisuyo Museo, a regional museum in Peru and has curated temporary exhibitions there. In the US, she curated an exhibition on archaeological and ethnographic coca bags from the Andes, which opened in New York City in 2014. It situated these elaborate craft objects in their social and political context, by highlighting how their production and consumption is intimately tied to perceptions of the coca they hold, a substance that is deeply embedded in social and ritual practice in the Andes but that is increasingly derided on the global stage. As part of this project she published the 2014 book ‘Carrying Coca: 1500 years of Andean Chuspas.’ 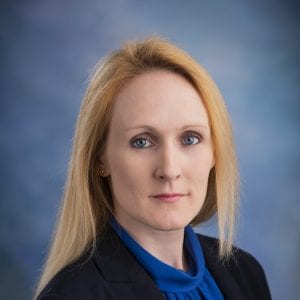