Biography
Nick Wilding is a historian of Early Modern Europe, the history of science, and the history of the book. He is the author of two books:  Galileo’s Idol: Gianfrancesco Sagredo and the Politics of Knowledge (University of Chicago Press, 2014) and Faussaire de Lune (Bibliothèque Nationale de France, 2016), as well as a dozen book and journal articles. He has held fellowships at the Medici Archive Project, Stanford, Cambridge, Columbia, the American Academy in Rome, the New York Academy of Medicine and the Rare Book School. His current research on book forgery has been featured in The New York Times and The New Yorker.
Dr. Wilding is happy to consider supervising graduate student research on any aspect of the Early Modern World, the history of science and the history of the book. 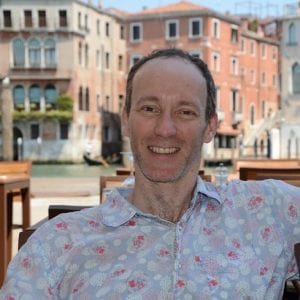