His current research explores the neural mechanisms of human decision-making, epileptic seizures,  brain restoration after stroke and rehabilitative treatments, and neuronal network oscillations and synchronization. His research aims to bring physics and brain science discoveries into clinical applications to improve human health. He is a leading expert in brain network activity analysis methods, such as spectral Granger causality for brain imaging and electrophysiological data.  He received an NSF CAREER award for his research program in 2010.
He joined Georgia State University in the fall of 2007 as an assistant professor of physics and neuroscience, and was promoted to the rank of an associate professor with tenure in 2013. Prior to joining GSU, he held a research assistant scientist position in the Department of Biomedical Engineering at the University of Florida from 2004 to 2007. Before that, he worked as a postdoctoral researcher at several institutions including Georgia Institute of Technology, Emory University and Florida Atlantic University. Dr. Dhamala received his PhD in theoretical physics from the University of Kansas, USA in 2000.

Visit his web page or his Google Scholar page to see his recent publications. 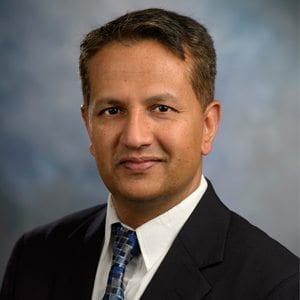