Misty Bentz is an astrophysicist and an Associate Professor in the Department of Physics and Astronomy.  She earned her PhD from The Ohio State University in 2007 for her work on black hole mass measurements and the characteristics of their host galaxies.  Dr. Bentz then moved to the University of California, Irvine for a postdoctoral research position, and in 2009 she was awarded a NASA Hubble Fellowship for her continued research on supermassive black holes.

Dr. Bentz and her research group continue to focus on studies of supermassive black holes, the galaxies in which they live, and their role in the growth of structure throughout the universe.  This work utilizes a variety of observations acquired from ground-based and space-based telescopes, including the Hubble Space Telescope, the 8-m Gemini telescopes, and the 3.5-m Apache Point Observatory telescope (of which Georgia State is a partner institution).  In 2017, a proposal led by Dr. Bentz was selected as one of the first 13 science programs to be conducted with James Webb Space Telescope, ensuring that she will be one of the first astronomers in the world to test out the capabilities of NASA’s next flagship mission. 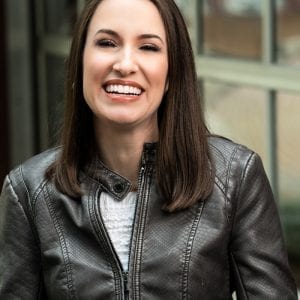