Dr. Hobson engages the social sciences and has created a new paradigm called the Black New South that explores the experiences of black folk in the American South, with national and international implications, since WWII. For this, he has served as an expert witness in court cases and as a voice of insight for public historical markers, monuments and museum exhibitions.

In popular media, Dr. Hobson was consulted for the Netflix documentary "The Art of Organized Noize," which featured the Atlanta production team that changed the sound of hip-hop with their work with OutKast and Goodie Mob. Also, he was the chief historian for the documentary "Maynard," which detailed the life and times of the honorable Maynard Holbrook Jackson Jr., Atlanta’s first black mayor. He is also the consulting historian for the "ESPN 30 For 30: Vick," a documentary detailing the controversial career of NFL quarterback Michael Vick. Most recently, he served as a consulting producer and historian for HBO Documentaries’ "Atlanta’s Missing and Murdered: The Lost Children," which details the dark history of the Atlanta Child Murders, where Atlanta’s most vibrant yet vulnerable population—its poor black children—were being hunted, kidnapped, murdered and left in fields around the Atlanta metro-area.

Public Scholarship:
“Black Mecca or Must Unequal U.S. City: Will the Real Atlanta Please Stand Up?” As
Part of Guardian Atlanta week, The Guardian, October 22, 2018.

“From Sacred Cow to Crooked Ass Jackson: An Interview with Maurice J. Hobson about The Legend of the Black Mecca.”

"But for Bull Connor and Birmingham."

A Brief and Concise History of Atlanta (2016)

Moderator for the "Taking a Stand: Activism Today" as a part of the National Conversation on Rights and Justice hosted by the Jimmy Carter Presidential Library and Museum and presented by the National Archives. C-Span (2016)

“Is Atlanta a Black Mecca?”

What Atlanta Hip Hop Teaches us about 1996 Summer Olympics

Hobson, Maurice J., The Legend of the Black Mecca: Politics and Class in the Making of Modern Atlanta. Chapel Hill: University of North Carolina Press, 2017, 2019.
https://uncpress.org/book/9781469654751/the-legend-of-the-black-mecca/

Organizations and the Black New South,” Book Chapter, The Black Intellectual Tradition in the United States in the Twentieth Century, Urbana: University of Illinois Press, 2018. (In press)

Hobson, Maurice J. Shouldering the Burden as part of “Let’s Talk About Race: Fifty Years After King, 14 Atlantans on How Far We’ve Come—And How Far We still have to Go,” Atlanta Magazine, April 2018, pp.60-62.
https://www.atlantamagazine.com/list/race-atlanta/atlanta-black-mecca-complicated/ 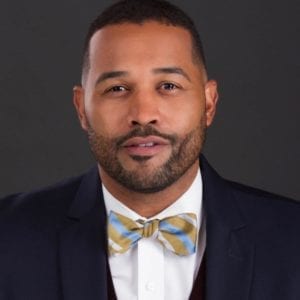