Marni Davis is a historian of ethnicity and immigration in the United States. She is the author of Jews and Booze: Becoming American in the Age of Prohibition (New York University Press, 2012), which was a finalist for the Sami Rohr Prize in Jewish Literature. An essay by Davis appears in Chosen Capital: The Jewish Encounter with American Capitalism (Rutgers University Press, 2012). She received her Ph.D from Emory University, and taught there for a year before joining the faculty at Georgia State.

Davis is currently researching and writing about the immigrant experience and the immigration debate in the American South in the years between Reconstruction and the liberalization of American immigration policy in the 1960s. She is particularly interested in the role that immigrants’ ethnic enclaves, both residential and entrepreneurial, played in Atlanta’s development as an economically booming and racially segregated New South city.

Davis offers undergraduate courses on immigrants in the U.S. (HIST 4225), modern Jewish history (HIST 3680), and the history of alcohol (HIST 4990). The graduate students under her advisement have done research projects on Cuban immigrants in Atlanta, anti-Catholicism in Progressive-era Georgia, and African-American medical education in Georgia at the turn of the century. 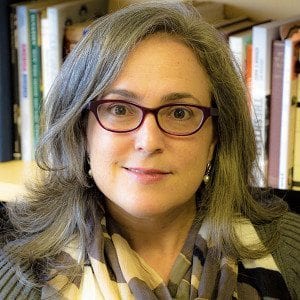