Mark Noble teaches American literature and philosophy from the nineteenth and twentieth centuries. He received his bachelor’s degree from the University of California at Santa Barbara in 2001 and his doctoral degree from Johns Hopkins University in 2009.

Dr. Noble’s research interests include the philosophy of science, the history of religion, modernist aesthetics, and American pragmatism. His first book, American Poetic Materialism from Whitman to Stevens, examines writers who use classical materialism and cutting-edge science to rethink the composition of the human. He is currently at work on two new projects: a study of ontology and politics in Henry David Thoreau’s Journal, and a literary history of American atheism designed to shed new light on debates about secularism and its future. In addition to regular courses on canonical American fiction and poetry of the nineteenth century, Dr. Noble teaches seminars on specialized topics: Gothic fiction, apocalypticism in American literature, poetic modernism, and critical theory. 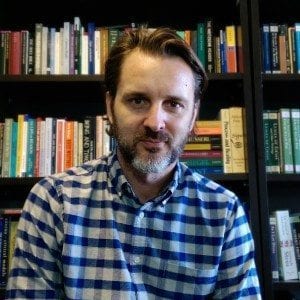