Dr. Richtarik teaches courses in 20th-century British, Irish, and world literature.  She was educated at Harvard (where she earned an undergraduate honors degree in American History and Literature) and at Oxford University, which she attended as a Rhodes Scholar.  Her research interests have centered on Northern Irish theatre and drama, where politics and artistic production are intimately related.  Her first book, published by Oxford University Press, focused on the Field Day Theatre Company, founded by playwright Brian Friel and actor Stephen Rea in 1980.  Author of numerous articles on Stewart Parker, she has also written program notes for productions of his plays in London, Dublin, Belfast, and Washington, DC.  Her critical biography of Parker, which presents the career of this important writer in the context of a lively discussion of his personal history and of the turbulent times through which he lived in his native Belfast, was published by Oxford in the fall of 2012. It won the 2012 Robert Rhodes Prize for Books on Literature from the American Conference for Irish Studies and the 2013 SAMLA Studies Book Award from the South Atlantic Modern Language Association. It was also one of six titles published in 2011 and 2012 to be short-listed for the Christopher Ewart-Biggs Memorial Prize, instituted in memory of the British Ambassador to Ireland assassinated in 1976 and awarded to works that “promote and encourage peace and reconciliation in Ireland.”

Dr. Richtarik has brought to Atlanta distinguished scholars and artists such as Elizabeth Butler Cullingford, Seamus Deane, Bernard MacLaverty, Lucy McDiarmid, Paul Fussell, Nuala Ní Dhomhnaill, and Glenn Patterson, who have lectured and performed both at the university and at venues including the Margaret Mitchell House and the Atlanta Celtic Festival.  She serves Georgia State’s Honors College as a postgraduate scholarships adviser and coordinates the Atlanta Irish Studies Group.

Marilynn Richtarik reads from Stewart Parker’s novel Hopdance. Listen Here
Recorded at the Crescent Arts Centre in Belfast on 4 May 2017, at an event sponsored by the Seamus Heaney Centre for Poetry at Queen’s University Belfast to showcase the work of US Fulbright Scholars in residence during the Spring 2017 semester. 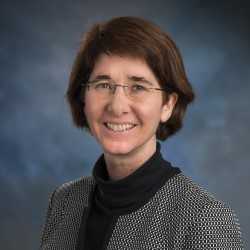