Ph.D. in Microbiology and Virology, University of Pennsylvania, Philadelphia 1972

Research in my laboratory focuses on identifying and analyzing virus-host molecular interactions in cells infected with West Nile virus (a flavivirus) or simian hemorrhagic fever virus (an arterivirus).

(1) Viruses utilize cell proteins during many stages of their replication cycles and these interactions represent novel targets for future development of new antiviral agents. We have concentrated on the identification and characterization of cell proteins that interact with the 3′ terminal promoter regions of arterivirus and flavivirus genomic and anti-genomic RNAs and function as transcription factors during initiation of viral RNA synthesis by the viral RNA polymerase. eEF1A was shown to bind the 3′ terminal stem loop of West Nile virus (WNV) genomic RNA and to facilitate minus strand RNA synthesis. TIAR and the related TIA-1 protein bind to the WNV 3′ terminal stem loop of the complementary minus strand template and facilitate genome RNA synthesis. As part of these studies, we have also analyzed the structures of the viral 3′ terminal RNAs.

(2) Cells mount innate antiviral and stress responses as defense mechanisms against virus infections. Virus infections have evolved mechanisms to counteract and in some cases, utilize these cell responses for their benefit. Infections with natural strains of West Nile virus do not activate PKR which prevents stress granule formation. Flavivirus infections also inhibit the induction of stress granules by arsenite. A chimeric West Nile virus that activates PKR is being used as a tool to further investigate these virus-host interactions. In MEFs, West Nile virus infections block the translocation of phosphorylated STAT1 and STAT2 to the nucleus. However, at least two subsets of Type I interferon stimulated genes are still up-regulated even though their normal activation pathway is blocked in West Nile virus infected MEFs. IRF-9 appears to form an alternative transcription complex with as yet unknown factors on the promoters of some interferon stimulated genes.

(3) Resistance to flavivirus-induced disease in mice was first discovered in the 1920’s and is controlled by an allele of a single locus, designated Flv. This phenotype provides the opportunity to study a natural variation in a host protein that can alter the outcome of a flavivirus infection. We identified the Flvlocus by a positional cloning approach as the Oas1b gene. Most mammalian species have one or two copies of the OAS1 gene but there are 8 adjacent Oas1 orthologs (Oas1a-h) on mouse chromosome 5 that were generated by gene duplication. A full-length Oas1b protein is expressed from the flavivirus susceptibility allele, while the resistance allele expresses a truncated Oas1b (Oas1btr) protein. We subsequently showed that knock in of the Oas1br allele confers the resistance phenotype to a susceptible mouse and also demonstrated that Oas1b is not an active 2-5A synthetase. Novel partners for the Oas1b protein were recently found and their involvement in the resistance mechanism in cells and mice is under investigation.

(4) The natural hosts of Simian hemorrhagic fever virus (SHFV) are multiple species of African monkeys. SHFV infections in these monkeys can be acute or persistent, but are always asymptomatic. In contrast, all species of macaques develop severe, rapid onset hemorrhagic disease after infection with SHFV that is usually fatal. The characteristics of infections in macrophages and dendritic cells from disease resistant and susceptible monkeys are being analyzed as a means of understanding the basis for the differential host responses to SHFV infection. An infectious clone for SHFV is being used to analyze the functions of individual viral proteins. 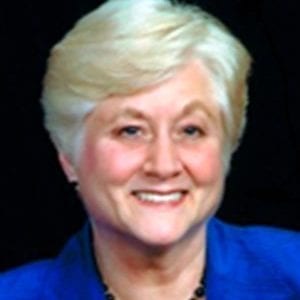