Louis-Alexandre Berg is an Assistant Professor in the Global Studies Institute and Political Science Department and Georgia State University. His research explores the causes and consequences of conflict, crime and political violence in weak states, with a focus on the effects of civil war on state formation, and the impact of international peacebuilding and state-building programs.  His current book project examines efforts to restructure police and military forces in war-torn countries, focusing on how political context in war-torn countries shapes the effects of foreign assistance efforts.  It is based on field work in Liberia, Sierra Leone, Bosnia and Herzegovina and Timor Leste.  He has also published research, and on the politics of urban violence and organized crime in Central America, and on justice system and rule of law development in conflict-affected countries.

Prior to joining the faculty at GSU, Dr. Berg was a Research Fellow in the International Security Program at the Belfer Center for Science and International Affairs at the Harvard Kennedy School. He has been the recipient of research fellowships from the U.S. Institute of Peace, the Smith Richardson Foundation, and Georgetown University, as well as a Presidential Management Fellowship.  He also spent ten years working in government and international organizations to design, manage and evaluate international peacebuilding and development programs, with a focus on security and justice system reform.  He led a research program at The World Bank to examine and strengthen international efforts to address security and justice issues in conflict-affected countries, and worked with the U.S. Agency for International Development, the U.S. State Department, and the United Nations Development Program on judicial system reform, police reform, human rights and violence prevention programs, including in Africa, Latin America, the Middle East, South Asia and the Balkans.

Dr. Berg holds a PhD in Government from Georgetown University, a Masters in Public and International Affairs from the Woodrow Wilson School at Princeton University, and a BA from Brown University.  He is fluent in French and Spanish. 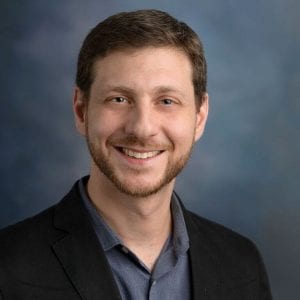