Leonard Teel is Professor of Communication and the founding director of the GSU Center for International Media Education (CIME). Teel’s research interests include U.S. and international media history and international/global communication. He has received the Journalism Historians Association’s Excellence in Research Award on four occasions, and received the Association for Education in Journalism and Mass Communication best researched book award for his biography, Ralph Emerson McGill: Voice of a Southern Conscience (Tennessee 2001).  He has just completed a book on the American journalists who received prizes from Fidel Castro at the start of the Cuban Revolution.

In the international arena, Teel was a founding member and the first president of the Arab-US Association of Communication Educators. He is the recipient of more than $1 million in external funding to lead journalism training and faculty exchanges with the Middle East, North Africa, and China, is the founding editor of the Journal of Middle Eastern Media, the creator of the Economic Information Network (an online network of economic news reporters throughout the world), and the host for more than seventy World Media Forums (which bring panels of journalists from around the world to interact with Georgia State students and faculty).

Teel has an extensive background as a journalist, having worked as a reporter, feature writer, columnist, investigative reporter, or copy editor at the Atlanta Journal and Constitution, the Washington Evening Star, the Miami Herald, the Fort Lauderdale News, and the Lancaster News Era. He continues to free-lance for the Atlanta Journal and Constitution and CNN, where he won an Emmy for news coverage relating to the 1995 Oklahoma City bombing. 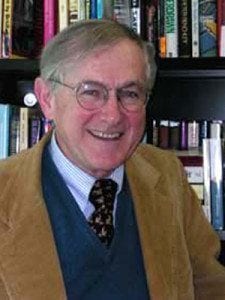