My book, On the Banks of the Ganga: When Wastewater Meets a Sacred River (University of Michigan, 2002), and my other publications and invited lectures have focused on human interactions with water in India. Over the years, I have interacted with a number of scholars and activists on critical environmental issues. Some of these have had university sponsorship, such as the University of North Texas Waterways project, the Harvard/Yale Forum on Religion and Ecology, the symposium series with the Kyoto Research Institute for Humanity and Nature, the India Studies program at Indiana University, the religion and climate change project at American University, and the Wenner-Gren funded symposium, Taking Nature to the Courtroom in South Asia, at the University of Edinburgh. I undertook other engagements with UNESCO, the World Water Forum and the World Parliament of Religions.

From 1998 to 2001, I worked with MC Mehta, an Indian environmental lawyer, to arrange a series of conferences and practice exchanges between lawyers, scientists, and non-governmental organizations, all focusing on pollution abatement in rivers across India and the US. That project was funded by the US Department of State, Office of Citizen Exchanges. From 2005 through 2007, I worked with Julian Crandall Hollick, an independent radio producer, on a 6-part series on the river Ganga for National Public Radio's Weekend Edition. Supported by a grant from the National Science Foundation, the project produced 6 14-minute radio programs that aired in the fall of 2007 on NPR. In 2016, I received a Cultural Anthropology grant from the National Science Foundation to investigate the potential for decentralized institutions, technologies and governance to address the wastewater challenge in India. From this work, I completed a book manuscript titled, Machines, Digestions and Wastewater Reuse in Contemporary India.

I have been doing fieldwork in India since the early 1990s, focusing on cultural interpretations of the sacred river Ganga, negotiations between science and faith in environmental discourses, and wastewater management. I recently carried out a four-year project documenting new initiatives in wastewater recycling in India. 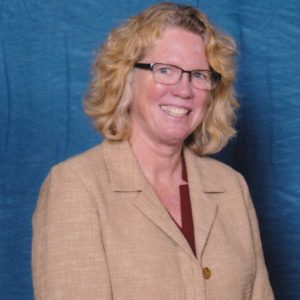