Our research explores the chemical properties of biomolecules by an interdisciplinary approach that extends into the fields of inorganic chemistry, photochemistry, and biochemistry. We are interested in the design of small molecules that target disease-related macromolecules found in biological systems. As a treatment for lipid accumulation in lysosomal storage disease, we have used cerium(IV) complexes to hydrolyze phospholipids at lysosomal pH, with minimal reactivity under normal cytoplasmic conditions. We are also studying the DNA interactions of intercalating dyes with the goal of developing new therapeutic agents for photodynamic cancer therapy. Towards this end, we have utilized acridine, cyanine, naphthalene, phenazene, and phenothiazine ring systems that are triggered by light to photo-cleave DNA. We are particularly interested in cyanine dyes that absorb light within the 600 nm to 900 nm “therapeutic window” of the electromagnetic spectrum. Also under development are 9-aminomethylanthracene chromophores that function optimally under the conditions of high ionic strength that exist in the cell nucleus where DNA is located. In order to take advantage of the high levels of copper(II) that exist in a broad range of cancer cells, we have designed a hexaazatriphenylene photo-nuclease that can be activated with  copper.

Cleavage of Peptides and Proteins by Metal Complexes

Reagents which mediate the selective cleavage of peptides and proteins have become increasingly important to the fields of chemistry and biology for protein structural analyses. However, the extreme stability of the peptide amide bond has placed severe limits on the number of reagents available and there is a great need for new cleavage strategies. Our research is focused on the development of combinatorial methods for the rapid discovery of new metal ions and complexes for peptide cleavage. A positional scanning peptide library consisting of 8,000 discrete tripeptides within 60 sub-libraries will be synthesized by solid phase methods. Modification of cleaved peptides with a highly sensitive fluorophore will permit the rapid analysis of all 60 sub-libraries and rapid screening of a broad range of metal ions and complexes. Using positional scanning, we will identify both amino acid sequences that are cleaved by metals and optimal metal reagents for peptide cleavage. We anticipate that these studies will lead to the discovery of new and unexpected chemistry that will enable us to rationally design second generation complexes with enhanced cleavage efficiencies.

Major depression is a severe and disabling mood disorder for which there is no cure. Although tricyclic antidepressant drugs and selective serotonin reuptake inhibitors (SSRI's) which bind to or block the serotonin transporter (5-HTT, SERT) have been successful in the treatment of major depression, a subset of patients (~20% - 30%) is nonresponsive to drug therapy. The effect of poor treatment outcome contributes substantially to the morbidity and mortality associated with major depression. Unfortunately, there are no truly reliable clinical predictors of response to antidepressants and there is no clear understanding of mechanisms that underlie drug resistance. We are currently employing the polymerase chain reaction (PCR) as a screen for polymorphisms in coding and noncoding regions of the 5-HTT gene of refractory patients in order to determine if the serotonin transporter plays a pathogenic role in the phenomenon of antidepressant drug resistance. By identifying amino acid residues that are critical for drug/transporter interactions, these studies may provide structural leads for the development of potentially more effective drugs. 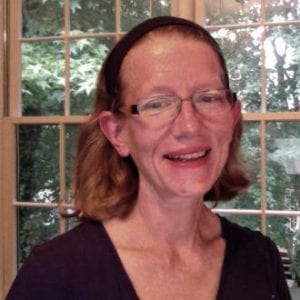