Dr. Doig’s major research interests are eighteenth-century French literature and history of ideas and Enlightenment encyclopedism.  Her publications include more than thirty articles and essays in addition to The Supplément to the Diderot Encyclopédie and  The Encyclopédie Méthodique:  Revision and Expansion. With Dorothy Medlin, she co-edited the critical edition of André Morellet’s Mémoires sur le XVIIIe siècle et sur la Révolution. With Felicia Sturzer, she has edited a volume of essays, Women, Gender and Disease in Eighteenth-century France and Great Britain. Dr. Doig is a member of the Atelier Panckoucke Encyclopédie Méthodique, a research group in Paris, and is on the board of New Perspectives on the Eighteenth Century. 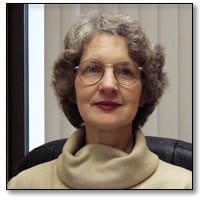