Research in the laboratory is centred around mechanisms that underpin cellular response(s) to changes in the environment.  The research has two quite distinct components: the one uses Saccharomyces cerevisiae as a model eukaryotic system to evaluate the cellular response to heavy metal exposure, such as Copper, Chromium (VI) and Cadmium. The other investigates the role of transcriptional regulatory circuits within Pseudomonas putida, which coordinate both the cell's metabolic and chemotactic response(s) to the presence of aromatic hydrocarbons.

Oxidative Targeting of Enzymes in S. cerevisiae: While both cellular response mechanisms differ dramatically in their mechanisms of action, they each share a significant metabolic component.  The first level response of S. cerevisae to exposure to sub-lethal concentrations of heavy metals involves targeted oxidation of enzymes predominantly within the glycolytic pathway ( Figure 1). 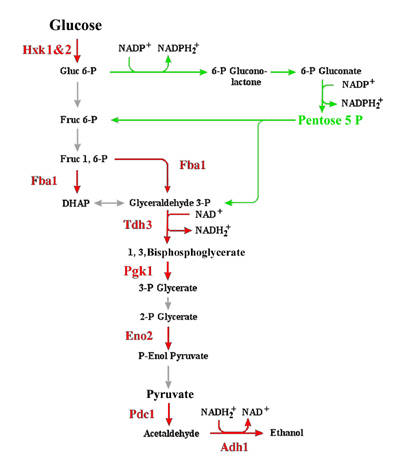 Figure 1: The Glycolytic and Pentose Phosphate pathways in S. cerevisiae, showing the key enzymes and reactions (in red) that appear to be specifically targeted for oxidation in response to the presence of heavy metals, such as Cu, Cd and Cr.

Such targeting is believed to result in an immediate -but transient- decrease in glycolytic enzyme activity, possibly resulting in a catabolic shift of carbon flow away from glycolysis and into the pentose-phosphate pathway -to generate NADPH2 that can be utilized to combat the oxidative insult.  Work in the lab is presently focused upon this and other cellular responses to heavy metals that affect protein expression (Figure 2); namely transcriptional levels of key enyzmes and regulatory proteins (Figure 2: underlay).

Additional avenues of research, which are actively being pursued in the laboratory are:
(1) Regulation of ornithine utilization within P. aeruginosa and
(2) Regulation of Bioremediatory processes in pseudomonads 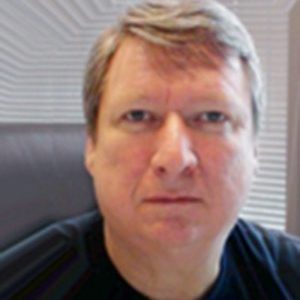