Jared Poley earned his doctorate at UCLA in 2001 under the guidance of the great David Sabean. His teaching and research focuses on modern cultural and intellectual history with a focus on Europe and its connections with the world. He is the author of Decolonization in Germany: Weimar Narratives of Colonial Loss and Foreign Occupation (2005) and The Devil’s Riches: A Modern History of Greed (2016). Poley is a co-editor of Conversion and the Politics of Religion in Early Modern Germany (2012), Kinship, Community, and Self: Essays in Honor of David Warren Sabean (2014), Migrations in the German Lands, 1500 – 2000 (2016), and Money in the German-speaking Lands (2017). He serves on the board of the German Studies Association. 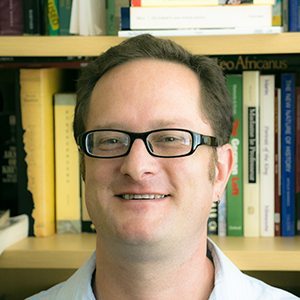