Born in Monterrey, Mexico, Hugo Méndez-Ramírez received his doctorate in Spanish from the University of Virginia in Charlottesville, VA, where he was awarded the Commonwealth Fellowship by the Council of Higher Education for the State of Virginia.  He is currently an Associate Professor of Latin American literature and culture at Georgia State University.  Prior to coming to GSU, Professor Méndez-Ramírez taught at Vassar College and The City College of New York; he has also held a visiting faculty position at Emory University.

Professor Méndez-Ramírez is the author of Neruda’s Ekphrastic Experience: Mural Art andCanto general, and is the co-editor of a special edition of the South Atlantic Review on Spanish American fiction in the 1990’s.  He has published in such journals as PMLA, Hispanic Review, Bulletin of Hispanic Studies, Revista Iberoamericana, Hispania, Revista Interamericana, Hispanic Journal, and Revista de Literatura Mexicana Contemporánea.  Professor Méndez-Ramírez is currently working on a book manuscript titled Confronting Histories in Contemporary Mexican Fiction.  Through an interrogation of cultural theories and an interdisciplinary approach (in dialogue with Laclau, García Canclini, Homi Bhabha, Young, Achebe, Anzaldúa and others), this book examines the ways in which globalization, cultural politics, ethnicity and historicity, and the interplay between these forces, have informed and defined Mexican modern and postmodern fiction.

At present, Professor Méndez-Ramírez is a member of the editorial board for the Revista Iberoamericana, and since 2008 has served on the editorial boards of two journals in the areas of political science and sociology in Mexico, Debate Social and Configuraciones Latinoamericanas.   Until 2005 he was the Associate Editor of the South Atlantic Review, published by the South Atlantic Modern Language Association.  Previously he served as the Review Editor for the Revista de Estudios Hispánicos, and remained on its editorial board thereafter. He has been a member, secretary and then president of the Executive Committee of the Division of Twentieth-Century Latin American Literature of the Modern Language Association.

As a public scholar, in 2000, Professor Méndez-Ramírez was tapped to be an international observer of the presidential elections in Mexico, assigned to Chiapas and Jalisco. 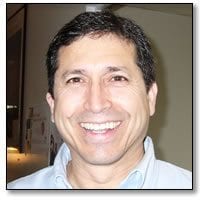