Dr. Harcourt Fuller is Associate Professor of History in the Department of History at Georgia State University (GSU). Professor Fuller has been awarded prestigious fellowships, including a Fulbright Global Scholar Award, and a Whiting Public Engagement Fellowship. He holds a Ph.D. in International History and an MSc (with Merit) in History of International Relations from the London School of Economics (LSE), in addition to a BA in International Studies and an MA in History from the City University of New York (CUNY). He has previously taught at Connecticut College, Emmanuel College, Florida International University, and was a Visiting Researcher at the African Studies Center and a Visiting Scholar in the African American Studies Program at Boston University.

Dr. Fuller’s multidisciplinary research and teaching expertise include the socio-political, cultural, and economic history of West Africa (Ghana in particular), and the African Diaspora in the Americas, particularly Jamaica, Peru, and Ecuador. His scholarship focuses on the history of resistance against slavery and colonialism (particularly through Marronage), as well as anti-colonial nationalism, trans-nationalism, symbolic nationalism, and the construction of national and ethno-national identity in the Africana World.

Dr. Fuller has appeared as a commentator and discussant on several documentaries, including the Channel 5 (UK)/Smithsonian Channel’s (US) documentary series, 1000 Years A Slave. He is the producer of the award-winning 1-hour documentary-film on the 18th century African-Jamaican Maroon leader, Queen Nanny: Legendary Maroon Chieftainess (2015). He is currently developing his academic works, writings, and other material into film projects.

Dr. Fuller is also the creator of the traveling museum exhibition, Black Money: World Currencies Featuring African and African Diasporic History and Cultures, and the forthcoming documentary-film, Black Women on Money. In 2021, the United States Mint welcomed Dr. Fuller to the Citizens Coinage Advisory Committee (CCAC), as the member appointed by the Speaker of the U.S. House of Representatives.

For all of Harcourt Fuller's Publications see Google Scholar. 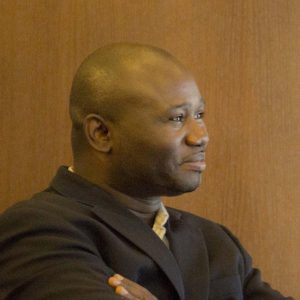