Research Interests at a Glance:

Her forthcoming books include:

Her forthcoming articles include:

She also counts forthcoming book reviews with The UK Connect Magazine (2019) and The New West Indian Guide of the University of Nebraska Press (spring 2020).

She counts over 25 peer-reviewed articles and book chapters on her research interests; most recently:

Dr. Francis is the recipient of numerous research grants (summing to over $200,000.00). Some of her awards and fellowships include: A summer research residency in Senegal (2019); the 2019 College of Arts & Sciences Outstanding Faculty Diversity Award; The LBA Summer Residency in Guadeloupe (2018); $36,870 Trilogie Project Fund (2013/2014); The Digital Champions Fellowship (2013); two Endowed Weber Chairs in the Humanities (2011 and 2012); the Juliette S. Benhamou Francophone Studies Fellowship (2008), the Outstanding Teaching Award in 2007 and 2008 as well as the Excellence Teaching Award in 2005 from Purdue University; the Outstanding Work Award for her success in directing and coordinating the first collegiate exhibit of Caribbean performing arts at the University of the Antilles in 2001.

Dr. Francis is the Director of the inaugural Africana Studies Center (ASC) in the College of Arts and Sciences at Georgia State University. ASC is dedicated to the critical study of the historical, literary, theoretical, and artistic dimensions of the many cultures of Africa and its Diaspora. As the Director of the South Atlantic Center of the Institute of the Americas, Dr. Francis also facilitates academic and artistic collaborations throughout the southeastern region of the United States (i.e. the first SACIdA International Conference on the Caribbean. She maintains broad, international teaching experience in the field. She has directed and coordinated several Research field trips, exchange programs, and long term study abroad programs in Africa, Europe, South America, and the French Caribbean around topics of migratory artifacts, Francophone and African literary and cultural productions, education, experiential learning and NGOs, literacy, environmental and community activism. She engages her students in international research projects and collaborations with institutes based in Sub-Saharan Africa, the French Caribbean, South America, and France. She is also the proud mentor of undergraduate and graduate students she has helped getting published. 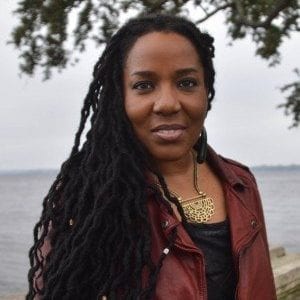