Faye Stewart’s teaching and scholarly interests include diversity and social justice, citizenship and belonging, and gender and sexuality. She teaches all levels of German language, culture, film, and literature. As a native speaker of English and French and former Director of Undergraduate Studies in World Languages & Cultures, Dr. Stewart promotes the study of all languages, both at GSU and around the world. Her own experiences with language learning and living abroad have been transformative—including studying Spanish, German, and Dutch as an undergraduate and graduate student, and adventures in Paris, Berlin, Vienna, and Graz as a student and an instructor.

She received a Ph.D. in Germanic Studies from Indiana University in 2007 with a minor in Communication and Culture: Film and Media Studies. She taught at Southwestern University as Visiting Brown Junior Scholar for one year before joining the faculty at Georgia State University in 2008.

Dr. Stewart enjoys teaching German language, literature, and culture at all levels. In addition to teaching introductory and intermediate German, she offers upper-division courses in German and English on transnational literature and film, globalization and democracy, queer culture, race and ethnicity in German-speaking Europe, women’s writing and cinema, representations of the Holocaust, and German society from 1871 to the 21st century.

At GSU, Dr. Stewart is affiliated with the Institute for Women’s, Gender and Sexuality Studies and the Center for Human Rights and Democracy. She regularly speaks at professional conferences and has held office in regional and national organizations. She is an active member of the MetroGerman Group of Atlanta, the Southeast German Studies Consortium, the Coalition of Women in German, and the German Studies Association.

When she is not teaching or writing, Dr. Stewart loves to travel. Her favorite destination is Berlin, where she enjoys exploring the city by bicycle, browsing in bookstores and open-air markets, going to festivals, sampling cheeses, walking along the canal in Kreuzberg, and hiking and swimming in Brandenburg’s many forests and lakes. At home in Decatur, she is an avid spectator of heist movies, social documentaries, and gritty foreign films. 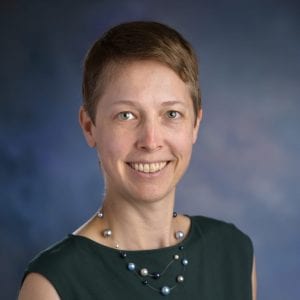