While it is well-accepted that alcohol facilitates aggression, not every person becomes aggressive after drinking alcohol. To elucidate this complex relation, my research program seeks to identify individual and situational variables that increase (or decrease) the likelihood that alcohol intoxication will lead to aggression. The end goals of this work are to develop a risk profile that delimits for whom, and under what circumstances, alcohol is most likely to facilitate aggression, and to inform intervention programming to reduce intoxicated aggression. To this end, we have identified a number of variables (e.g., trait anger, anger control) that moderate alcohol’s effect on aggression (including intimate partner aggression).
We are currently using alcohol myopia theory as a theoretical framework to inform our research in order to inform interventions that may reduce or prevent alcohol-related violence. This work has been applied to alcohol-related violence against women (Gallagher & Parrott, 2016), alcohol-related intimate partner violence (Subramani, Eckhardt, & Parrott, 2018), and bystander intervention for sexual violence (Leone, Haikalis, Parrott, & DiLillo, 2018). Collectively, this work has direct implications for risk assessment and intervention.

Campus sexual violence has long been a significant public health concern and has recently come under intense public scrutiny as colleges and universities have been under intense pressure to implement evidence-based sexual violence prevention programs. One promising prevention approach is bystander intervention programs; however, the evidence-base to support these programs is largely based upon outcome variables that are precursors to bystander behavior (e.g., perceived social norms, confidence to intervene, willingness to intervene) rather than actual bystander behavior. In response to this weakness in the literature, we have developed valid laboratory-based analogues of bystander intervention behavior for sexual violence and are using these methods to better understand the variables which facilitate and inhibit prosocial bystander behavior for sexual violence (e.g., Parrott et al., 2012; Leone & Parrott, 2018; Leone, Parrott, & Swartout, 2017).

In May 2018, NIAAA funded a five year project to study the proximal effects of alcohol on the perpetration of intimate partner violence within same-sex couples (SS-IPV). The scientific premise of the project is to prioritize three perspectives highlighted by the Institute of Medicine (2011) report – minority stress, social-ecology, and intersectionality – while addressing key methodological weaknesses in the current literature. The project aims to determine (1) the temporal effect of sexual minority stress on SS-IPV perpetration, (2) whether proximal alcohol use alters the threshold at which sexual minority stress contributes to SS-IPV perpetration, (3) the temporal sequence by which sexual minority stress, proximal alcohol use, and other factors facilitate SS-IPV, and (4) how these interactive and mediational effects are altered by the patterning of individual- and couple-level risk and resilience factors for SS-IPV. The intended outcome is for results derived from this project to provide the desperately needed evidence base to develop effective, culturally-informed IPV treatment and prevention efforts for same-sex couples.

A multisite NIAAA-funded project (2012-2018) was recently completed at GSU and Purdue University (Co-PI Christopher Eckhardt) that extends prior work beyond the issue of whether alcohol is associated with intimate partner violence, and instead examines how specific affective and cognitive processes mediate the relationship between alcohol intoxication and partner-directed aggression.

I have supervised a specialized practicum team that conducts brief motivational interventions for heavy drinking men and women.  This work is consistent with my clinical interests involve the assessment and treatment of adults with substance use and anger-related difficulties.  I conceptualize addictive and violent behaviors from a social learning perspective, while also recognizing the myriad of other factors that may influence these maladaptive behaviors (e.g., neuropsychological, genetic, etc.).  I emphasize a cognitive-behavioral and motivational approach to therapy and am committed to applying the most current empirical findings to treatment protocols.

For a list of my publications, please see my Google Scholar profile. 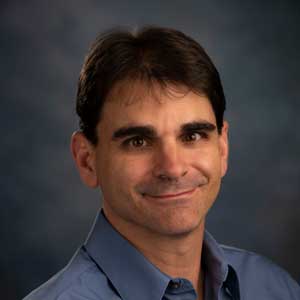