Dr. Bottoms’s first book, Shooting Rats at the Bibb County Dump, was chosen by Robert Penn Warren as the winner of the 1979 Walt Whitman Award of the Academy of American Poets. His poems have appeared widely in magazines such as The Atlantic, The New Yorker, Harper’s, The New Republic, Poetry, and The Paris Review, as well as in over five dozen anthologies and textbooks. Dr. Bottoms is the author of eight other books of poems, two novels, and a book of essays and interviews. He is also co-editor of The Morrow Anthology of Younger American Poets and a founding coeditor of Five Points: A Journal of Literature and Art. Among his other awards are the Levinson Prize from Poetry magazine, an Ingram Merrill Award, an Award in Literature from the American Academy and Institute of Arts and Letters, and fellowships from the National Endowment for the Arts and the John Simon Guggenheim Memorial Foundation.

Dr. Bottoms has given readings and conducted workshops at over 200 colleges as well as the Guggenheim Museum and the Library of Congress. His work has been praised in The New York Times, The New York Times Book Review, The Los Angeles Times, The Atlanta Journal-Constitution, The Observer (London), and many other newspapers and literary journals. Profiles appear in the Dictionary of Literary Biography, Contemporary Literary Criticism, Contemporary Southern Writers, The Continuum Encyclopedia of American Literature, and The Oxford Companion to Twentieth Century Poetry. He has twice been interviewed on National Public Radio and is the subject of a half-hour segment of The Southern Voice, a public television miniseries profiling Southern writers.

In 2000, Governor Roy Barnes appointed him Georgia Poet Laureate, and he is a 2011 recipient of a Governor’s Award in the Humanities. A book of essays on his work, David Bottoms: Critical Essays and Interviews, edited by William Walsh, was published in 2010. 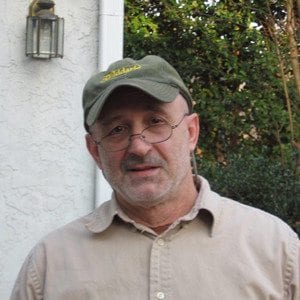