He is the author of A Perfect Union? Television and the Winning of Same-Sex Marriage (Routledge, 2018) for which he was featured on CNN en Español, CBS radio, NPR affiliates, Pacifica radio and numerous other programs. A social commentator, his essays and interviews have appeared in The Rumpus, The Bitter Southerner, The Huffington Post, Interview, Out, Paste and The Atlanta-Journal Constitution. His scholarship has appeared in Contexts as well as the anthologies Youth Sexualities: Public Feelings and Contemporary Cultural Politics (Praeger, 2018) and Feminist Approaches to Media Theory and Research (Palgrave Macmillan, 2018).

Albertson teaches Introduction to Sociology as well as courses focusing on family, feminism, queer theory, queer of color critique and film and television. He is the recipient of the 2014 Jacqueline Boles Excellence in Teaching Fellowship as well as the 2014 Georgia State University Certificate for Excellence in College Teaching. 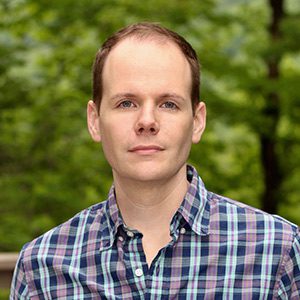