Chad Keller is the director of the Heritage Preservation Program.  He joined the faculty after serving seven years as a professor in historic preservation at Savannah College of Art and Design.  Prior to this, Keller served as a multimedia designer at the Institute for Advanced Technology in the Humanities (IATH) and as an adjunct professor of architectural history at the University of Virginia (UVA). Keller’s research and teaching focus involves the integration of newer digital technologies into the investigative and documentation process of cultural heritage sites.  Before joining UVA, he worked in the Architectural Research Department at James Madison’s Montpelier.  At Montpelier, he participated in the investigation, research, documentation and restoration of Madison’s historic home.

Keller has conducted numerous 3D visualization projects involving historic reconstructions, including several interactive 3D models of historic sites and 3D scanning campaigns of cultural heritage monuments and artifacts.  He has been involved with projects at many notable organizations such Thomas Jefferson’s Poplar Forest, George Washington’s Mount Vernon, the Colonial Williamsburg Foundation, Minnesota Historical Society, USVI National Park, Dresden State Museum, Carnegie Museum and Vatican Museums.  Keller’s work has been presented at various national and international conferences. In June 2013, he was an instructor at the NEH Digital Humanities Institute held at Arkansas State University and in November of 2014 he led a Preservation Leadership Training session at the 2014 National Preservation Conference. 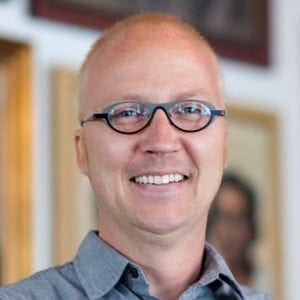