Chad began his career as an attorney, practicing law for firms in Atlanta and Forsyth County. In 2005, Chad joined Atlanta’s John Marshall Law School’s staff as its first full-time alumni professional. For over three years, Chad helped build the law school’s alumni network through a thriving alumni board, social media, events and more. Afterwards, Chad joined the staff of the Carter Center as a Senior Associate Director of Major Gifts, raising money for both health and peace programs throughout the World. During his time at the Carter Center, he was charged with raising major gifts from territories that include: Alabama, Mississippi, Colorado, Texas, Northern California, New York, New Jersey, and Pennsylvania.

Chad joined GSU’s development team in January 2015 as the Director of Development for the College of Education and Human Development (“CEHD”). During his tenure with the CEHD, he utilized his legal expertise, creativity, and interpersonal skills to cultivate and solicit support for the College. His efforts and strategies refined the CEHD’s development activities, and contributed to the College exceeding its financial goals three years in a row. In this role, he was also successful in increasing the CEHD’s Dean's Society membership and in engaging and strengthening the CEHD Advancement Council. In March 2017, Chad was selected to serve as Assistant Vice President of Development for Georgia State University’s College of Arts & Sciences. 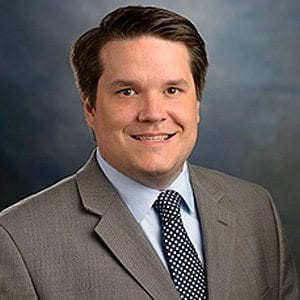