Dr. Armin R. Mikler grew up in Germany, where he completed vocational training in electromechanics and electronics. After working in the industry as an electronics technician, he continued his schooling, pursuing a degree in informatics from the University of Applied Sciences in Darmstadt, Germany. He received a Fulbright scholarship in 1986 and spent one academic year at Iowa State University before returning to Germany to complete his studies in 1988. He returned to Iowa State for graduate study in computer science, earning M.S. and Ph.D. degrees in 1990 and 1995, respectively.

After a two-year postdoctoral fellowship at the Ames Laboratory (USDOE) in Ames, Iowa, Dr. Mikler joined the Department of Computer Science at the University of North Texas. He established the Network Research Laboratory (NRL) and with it UNT’s first Beowulf computing cluster, which facilitated complex simulations in support of the group’s research on computer network protocols and distributed systems. In addition to the inaugural group of students who completed M.S. theses under Dr. Mikler’s guidance, the laboratory attracted many graduate students with an interest in experimental design of protocols and algorithms for large distributed computing infrastructures.

In 2004, Dr. Mikler established the Computational Epidemiology Research Laboratory (CERL), which focused on the development of computational methodology to model and simulate the spread of diseases and the design and analysis of bio-emergency response plans. Together with colleagues in Biology and Geography, Dr. Mikler established the interdisciplinary Center for Computational Epidemiology and Response Analysis (CeCERA) after receiving a federal grant from the U.S. Department of Health and Human Services. CeCERA has become the home of graduate and undergraduate students who are conducting research in a variety of areas related to computational epidemiology, ecology, social network analysis, and high-performance computing under Dr. Mikler’s mentorship.

Dr. Mikler’s research on response plan design and analysis has been supported by the Texas Department of State Health Services (DSHS), the National Science Foundation (NSF), and the National Institutes of Health (NIH). He has supervised over 40 Ph.D. and M.S. theses and has published over 70 research articles on a range of topics, including distributed systems, networking, computational epidemiology, and response plan design and analysis. 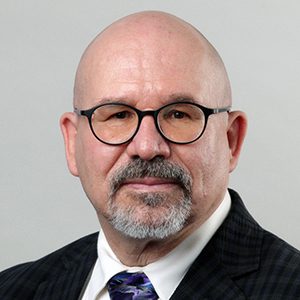