Dr. Aras Petrulis was born in Toronto, Canada but then subsequently relocated to Phoenix, Arizona for high school and college. His undergraduate education in animal behavior and physiological psychology at Arizona State University shaped his interest in studying the neural control of social and communicative behavior. This interest led him to Cornell University, where he did his doctoral work on the neural regulation of female communicative behavior in the laboratory of Dr. Bob Johnston (supported in part by a pre-doctoral Ruth Kirschstein National Research Service Award). As a post-doctoral research fellow, Dr. Petrulis worked with Dr. Howard Eichenbaum at Boston University on social memory (supported by a post-doctoral Ruth Kirschstein National Research Service Award) and also taught animal behavior at MIT. Attracted by the strong community of behavioral neuroscientists, he joined the faculty at GSU, first in the Department of Psychology and now in the Neuroscience Institute, where he has continued his research program, funded in part by NIMH, on sex-differentiated neural systems that regulate social behavior in both sexes. This research explores the role of the sex-different brain peptide, vasopressin as well as its receptors, in the regulation of social behavior and communication using modern intersectional genetic approaches. 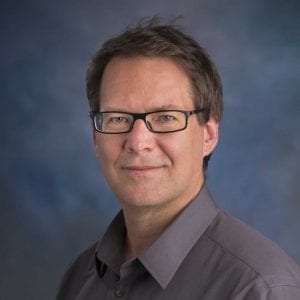