Dr. Allen Fromherz is a Professor of Middle East, Gulf and Mediterranean history. He directs the Middle East Studies center and is President of the American Institute for Maghreb Studies (2015-2021). He is founding series editor, with Matt Buehler, of Edinburgh Studies on the Maghrib and is North Africa senior editor for the Oxford Research Encyclopedia Africa.

Dr. Allen Fromherz's research focuses on the history of the Mediterranean and the Gulf. His first two books, The Almohads: the Rise of an Islamic Empire (IB Tauris) and Ibn Khaldun, Life and Times (Edinburgh University Press) examine rapid change in lineage-based societies, especially the rise of the Almohads in the 12th Century. Originating in the Atlas Mountains, the Almohads controlled much of the Western Mediterranean. His work on the life and writings of Ibn Khaldun of Tunis (d. 1406), a great historical thinker, inspired Dr. Fromherz's recent interest in the countries of the Gulf. Examining questions of change, modernization, identity and culture, his latest book Qatar, A Modern History (Georgetown, 2013) looks beneath the surface of oil and gas wealth and examines the importance of memory, lineage and loyalty in Qatari and Gulf society from the 19th century to the present.

He recently authored articles for Mediterranean Encounters, Muslim World, and the Journal of Medieval Iberian Studies and the British Academy. He has written several chapters in edited collections, including a forthcoming chapter in the upcoming A Companion to Islamic Granada (ed. B. Boloix-Gallardo 2021). His latest book with Edinburgh University Press is entitled The Near West: Medieval North Africa, Latin Europe and the Mediterranean in the Second Axial Age, 2016. His forthcoming book, under contract with Harvard University Press, is entitled The Global Gulf: A History. It is due for publication in 2022 and results from research conducted as an NYU Abu Dhabi Senior Humanities fellow in 2016. Dr. Fromherz has also edited two volumes: the Gulf in World History, Arabia at the Global Crossroads (Edinburgh University Press, 2018) and, with Nadav Samin, Knowledge, Authority and Change in Islamic Societies: Studies in Honor of Dale Eickelman (Brill, 2021). Also, Sultan Qaboos and Modern Oman (1970-2020), edited with Abdulrahman al Salimi and based on a conference to be held at GSU in 2021, is due to be published by Edinburgh University Press in 2022. 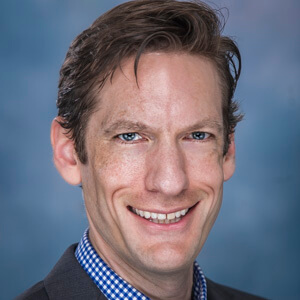