Catch up on the exciting things your fellow Panther alumni are doing in metro Atlanta and around the globe.

We want to hear about your personal and professional accomplishments.

A regional director for Pandora Radio, she has made a career out of anticipating the next note.

The music changes every day for Shalya Forte and her team. Up in their sunny Midtown office, they look out over the Atlanta skyline from the 15th floor as they work — and part of that work is playing and discovering new artists daily. Today’s streaming music station is Tears for Fears. Using the company’s trademark technology — where an algorithm organizes 40 million-plus songs in the company’s music catalog according to more than 450 attributes — Pandora will play different tunes all day that sound similar to the British pop band.

As director of the Southeast U.S. for Pandora Radio, Forte has built the streaming music service’s footprint and revenue in the region during a period of dizzying change for the industry and the technologies that make it possible.

Forte’s professional relationship with Pandora began in 2009 as an independent consultant. At the time, she was working with a number of Internet startups, helping them establish a presence in the Southeast. When the opportunity to consult with Pandora arose, Forte saw its career-defining potential.

Moved recently? Changed your email? Just looking to get back in touch? Sign up for our alumni newsletter or update your contact information here.

Have you missed an issue of the Arts & Sciences alumni newsletter? Get caught up with news for and about our graduates and stay in the know about alumni events.

The university's career services team is dedicated to supporting our graduates' professional development and ambitions. 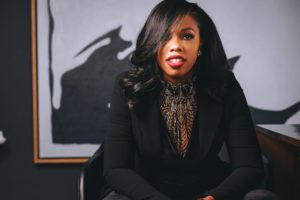 When It Comes to Building a Hotel Empire, Davonne Reaves (B.S. '10) Has No Reservations
Published December 13, 2022 in Georgia State News Hub
The award-winning hotel consultant and owner, author and travel trailblazer is thriving in an industry where Black women are rarely represented. read more ❯ 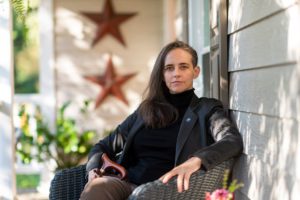 The Road Ahead
Published November 2, 2022 in Georgia State News Hub
Elizabeth Weaver II (B.S.’ 05, M.S.’ 09), associate director of the Brains & Behavior Focus Area of the Neuroscience Institute and an Alumni Association 40 Under 40 honoree, is raising awareness of the growing threat posed by long COVID and the community of patients pushing for research and treatment. read more ❯ 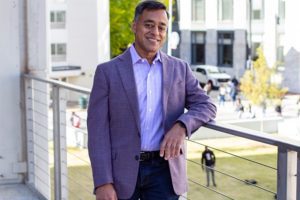 Astronomy Professor Who Followed Dream Named One of Georgia State’s Distinguished Alumni
Published October 25, 2022 in Georgia State News Hub
After leaving the business world to get a Ph.D. in astronomy, Deepak Raghavan devotes his time to engaging students in the study of the universe.read more ❯ 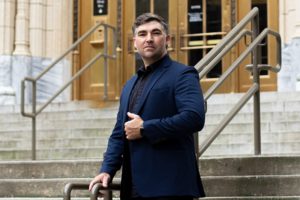 Expand Your Alumni Network.
Connect With Us On LinkedIn.