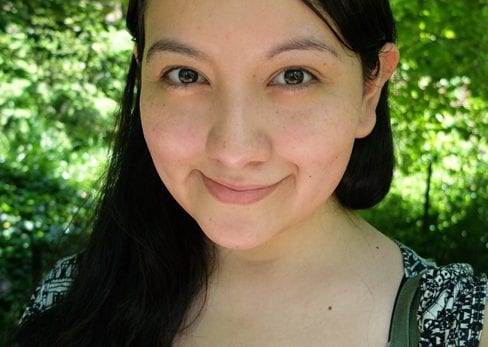 Norma Hernandez was born just blocks away from Georgia State University at Grady Memorial Hospital.  She grew up in Alpharetta, Georgia, and she returned to Atlanta when she received the Goizueta Foundation Scholarship in 2011 to study neuroscience at Georgia State University.  Currently, Norma is a first-year PhD. student in the Department of Psychology at Cornell University where she specializes in behavioral and evolutionary neuroscience.

Norma credits Georgia State University as being a significant factor in her undergraduate success and progression to graduate school.  “…the mentors I had at GSU and at other research institutions…I really believe that it takes a village to raise a child, and so I am especially grateful for the tremendous support and invaluable advice that I received since my first day at GSU.  The amazing network of people with whom I built relationships throughout my undergraduate career have pushed me to be a better student and scientist.”

Could she give us some examples?  The Neuroscience Education and Training (NET/work) Program and a student assistantship from the Honors College enabled Norma to work in research labs through all four years of college.  Her first lab experience was in Dr. Tricia King’s neuropsychology lab at GSU.  “After working in Dr. King’s lab, I completed three summer research programs in the labs of Dr. Joseph Manns (Emory University), Dr. Benjamin Wolozin (Boston University), and Dr. Wendy Suzuki (New York University).”

Being part of different research labs led Norma to refine her interest in the memory process.  “At one point while volunteering for the Alzheimer’s Association, I became fascinated with how neurons are able to code, store, and recall memories, and how this process can be disturbed–essentially, the malleable nature of memories.  I want to know why and how memories change over time, the ways that memories are manipulated or even forgotten.  So, through NET/work, I continued research at Emory in Dr. Joseph Manns’ memory and electrophysiology lab for two years.”  At Emory, Norma investigated effects on memory by selectively activating muscarinic acetylcholine receptors (on/off switches) and how they affected neural oscillations (activity) in the hippocampus (the brain’s memory center).  The conclusion of her work?  “My contributions to this research project earned me co-authorship on a paper published in the journal Pharmacology (Galloway et al., 2014, doi:10.1159/000357682). ”

What does Norma do when she’s not in class or lab?  She gives back to others.  “I served on the Collegiate Neuroscience Society executive board since freshman year and was president of the society from 2013-2014.  Being part of CNS and Nu Rho Psi (the National Honor Society in Neuroscience) gave me opportunities to organize education outreach events that were designed to teach K-12 students about neuroscience and what neuroscientists do, and hopefully to inspire and encourage young students to pursue their interests in science.”